Why So Many Leadership Development Efforts Fail To Create Value? 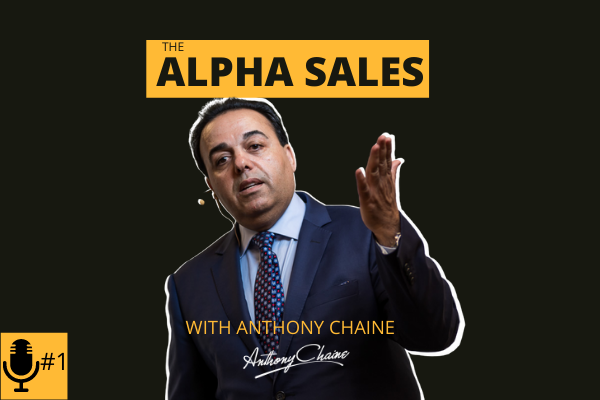 Yet, more than 95% of them fail terribly. Here we will discuss why these intelligent, educated leaders fail in their pursuit of getting these programs to succeed.

Great leadership is often manifested during chaotic events. In good times we define leadership by one results, influence, and impact on socio-economic and political affairs.

At an organizational level, we quantify a leader’s influence in terms of market share gains, market cap increase, ROI on capital investments, mergers and acquisitions, and brand value. In bad times, we scrutinize a leader’s skills in terms of adaptability, risk-taking tolerance, creative thinking, decisiveness, pragmatism, and tenacity.

Things are bad– Here’s Why?

Across the globe, we are frequently witnessing glorified leaders — in business, politics, education, military, and religion — fall from grace. Highly respected CEOs are being ousted for ethical violations, nepotism, sexual misconduct, price gauging, abuse, corruption, among others.

When a highly respected leader falls from grace, questions, and opinions abound. You will hear people saying; they had it all, why take such a reckless risk? People wonder; why intelligent, highly educated, and smart individuals make idiotic mistakes. After all, these leaders are role models that seem to possess everything we aspire to become or acquire in the future. The costs of these failures are significant to the organization in terms of reputation, trust, brand erosion, political capital squandered, financial losses due to lawsuits, and a drop in the value of market shares.

Deceived customers can quickly turn a bad situation into a quagmire using the power of social media and instant global communication. Betrayed customers are relentless in their pursuit of blood. They are not vindictive; they are hurt and upset at themselves for trusting an unworthy leader

Matthias Muller becomes CEO of Volkswagen in 2015. The company was discovered to have installed software in its vehicles meant to fool emissions testing. This scandal ruined the brand name of this well-known German automaker and cost more than $15 billion in fines and compensation.

The mighty Goldman Sachs, CEO Lloyd Blankfein resigned in 2018. He has held several positions within the firm, including vice chairman, president and COO. Lloyd even placed #47 on Forbes’s list of the world’s Most Powerful People. He resigned over the allegations that the company was involved in a conspiracy to launder $2.7 billion from a Malaysian fund. He went from a position of power to ignominy instantly.

Research has shown that leadership failures are increasing in velocity and frequency globally at an alarming rate. The question is why?

The investment in leadership training has increased exponentially in the last two decades. A study by McKinsey reported that companies in the USA are spending about $166 billion annually in leadership development

Yet, the investment in these leadership programs fails to create desired results, despite the best intentions of management and training consultants.

Most of these training focuses on outside skill development related to effectiveness, leading with audacity and strength, forward focus, character fortitude, unflappability, and no excuse mentality.

Behaviors can be influenced and transformed, but only when the host is open to change. You can educate a leader on a variety of behavioral skills to upgrade oneself. However, the acquired knowledge validity is put to the test every time a leader is tempted by financial gratification, power achievement, career advancement, physical pleasure, and mental stimulation.

Being human, means we are prone to make mistakes. Most leaders make mistakes, many abuse power, take advantage of random situations, and vulnerable people. However, most of these errors of judgment go unnoticed by the general public, and the majority are buried or brushed off.

Workplace should be protected ground, but unfortunately it’s not the case. That is why many sexual misconducts, bad behaviors go unnoticed for years until someone decides to take the fight and appeal to public sentiment ( David and Goliath). Only, then, drip by drip, you start noticing confessions coming from people who have been suffering emotionally, and psychologically in silence for years.

What about women in the workplace?

Many women were confused, scared, and shamed to talk for years as per the case of disgraced Hollywood mogul Harvey Weinstein. As a leader he lied all the time, and for years, he intimidated, deride, denied, and settled dozens of cases, until his luck run out.

He went quickly from producing critically acclaimed films like “ Good Will Hunting” and “ Django Unchained” to a jail cell in Wende Correctional Facility.

You can teach a leader new skills, new knowledge, new tools, new techniques, and new processes, but leadership is about empowering others and respecting them as equals.

A CEO who mistreats or abuses his subordinates, partners, family members because he can is not a leader. Dictatorship is not leadership.

Temperament of character, poise, self-reflection, good judgment, humility and empathy are the essence of inner leadership. These characteristics are the foundation of great leadership in tough times; they are the pillars that keep the leader calm, collected, composed, informed, and decisive when panic reigns supreme.

Great leadership is all about the leader’s internal plumbing, robust mental plumbing is the thought matrix that allows the leader to find a way when failure goes viral, and chaos becomes the new norm.

Steve Jobs convinced John Scully from Pepsi-Cola to come onboard with the following statemnt “ Would you rather sell colored water or change the world?” it’s so simple yet a profound mind altering statement. That’s what great leadership at it’s peak. Reason, and fact above rewards.

Today’s leaders have to be adaptable, focused, by practicing mental agility and fluidity of thoughts. Today’s markets, customers, and workforce are in a constant mode of evolutions, and an inflexible leader is doomed to failure.

A CXO that practices Goal-Based leadership is driven toward the accomplishment of a set of temporary objectives that may be economic, political, or social. However, being goal-oriented means adapting fast to master one environment.

Leaders often have to change their behaviors to accommodate changing market conditions. The law of effect states that behavior is a function of its consequences. Behavior that leads to favorable outcomes tends to be repeated, even when the action is immoral or unethical.

And there lies the dilemma. A bad leader that is goal-oriented and lacks moral discipline will often repeat negative behaviors (i.e., seek money through shady deals, promote loyalty above merit, force sexual favors) in the absence of consequences.

Inversely, A CXO that practices Value-based Leadership follows a strict discipline derived from a core set of values that guide their judgment in the absence of guidance, experience, scrutiny, and consequences.

Value-based leadership is a set of balanced beliefs reinforced by experience, modeling of other successful leaders, and continuous behavioral upgrades using field observation, self-education, and experimentation.

It’s the development of personal principles that become the foundation of all future behaviors, judgment, and decision making.

Authentic Leadership is the Way

These foundations become the leader’s core emotional compass that differentiates between what’s right and what’s wrong. It’s the source of clarity and calm that guides the leader in the middle of the storm.

It’s one self-awareness and the confidence in one capability and limitations. It’s about conducting your personal and business life ethically, respecting, and empowering everyone around you.

Leadership is not about the absence of failure, far from it. We learn and grow from our mistakes. However, deliberately abusing power, hurting people financially, mentally, and emotionally is not leadership regardless of one position, power level, or level of success.

Leadership is all about honesty, authenticity and transparency. Leadership is a badge one has to earn, and it’s a reflection of your internal plumbing; it has nothing to do with rank, position or authority.

Chameleons can change colors to fit their environments and hide skillfully, but they cannot change who they are.